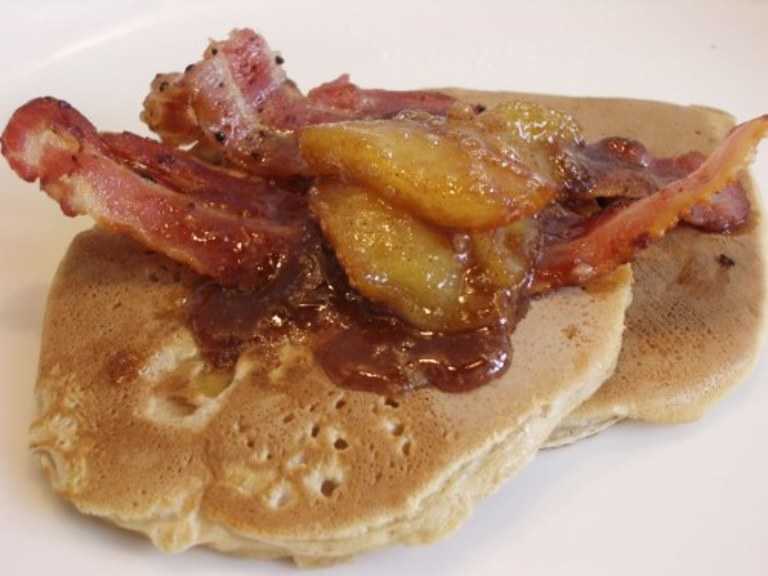 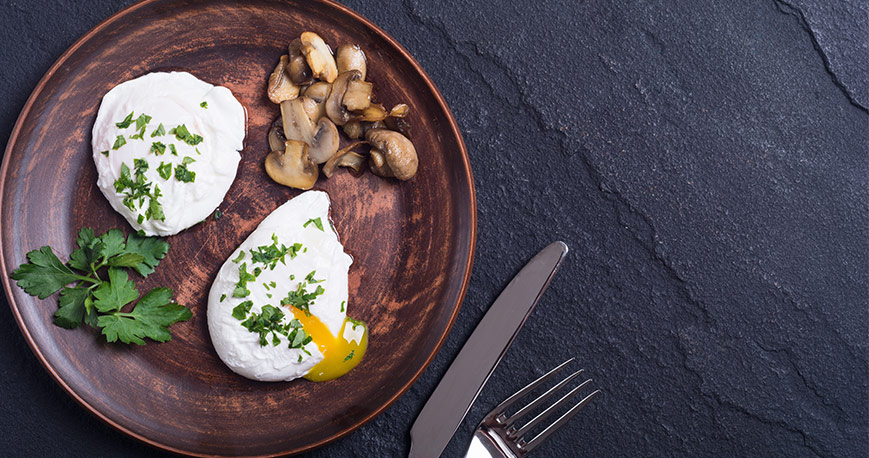 NibbleDish Contributor| Jun 1, 2018
Ingredients
**Pancakes** - 100g plain flour - 1tsp baking powder - pinch of salt - 80ml butter milk - 50ml cold water - 2 large eggs / beaten - Cinnamon powder - Sunflower oil **Topping** - 2 or 3 dessert apples / peeled, cored, thinly sliced - 50g caster sugar - 50g unsalted butter - Cinnamon powder - Streaky bacon **Optional extras** - Apples grated and put into the pancake mix.
Instructions
**Another episode of The F word, another Chef Ramsay recipe with my own twist. I stuck to the quantities and ingredients used for the pancakes (except I also added some cinnamon powder), as Gordon said specifically that you need to be exact on this one. Who am I to argue? Though I have experimented with putting some grated apples into the pancakes. The result was sweeter, perhaps a little too sweet with the caramelised topping, but if you like your pancake squishy and sticky inside, then try it!** 1. Sieve the flour, baking powder, cinnamon and salt into a bowl, and make a well in the centre. 2. In a separate jug, mix the water and buttermilk together. 3. Pour the eggs into the flour 'well' you created, and add a glug of the buttermilk mix. 4. Using a whisk, work from the centre of the mixture outwards. Slowing combining the eggs with the flour and add little splash of buttermilk mixture at a time as you mix. 5. Use a paper towel and grease the inside of a non-stick frying pan on medium heat. Pour a small ladle into the pan and cook the pancakes for about a min or so each side. 6. Place the cooked ones on a plate and can be kept warm in the oven as you work through the mixture. 7. Fry the bacon and can be also kept warm in the oven as you make the caramelised apple. 8. Pour the caster sugar into a none stick frying pan and let it melt over moderate heat. 9. Once sugar melted, turn up the heat till it goes slightly golden brown in colour. Then stir in the butter, cinnamon and sliced apples and cook for couple of minutes. 10. Put couple of pancakes on a plate, then top with the bacon and caramelised apple. **Scotch pancakes with bacon & caramelized apple. DONE**
More Breakfast Recipes
Crispy Hashbrown Casserole